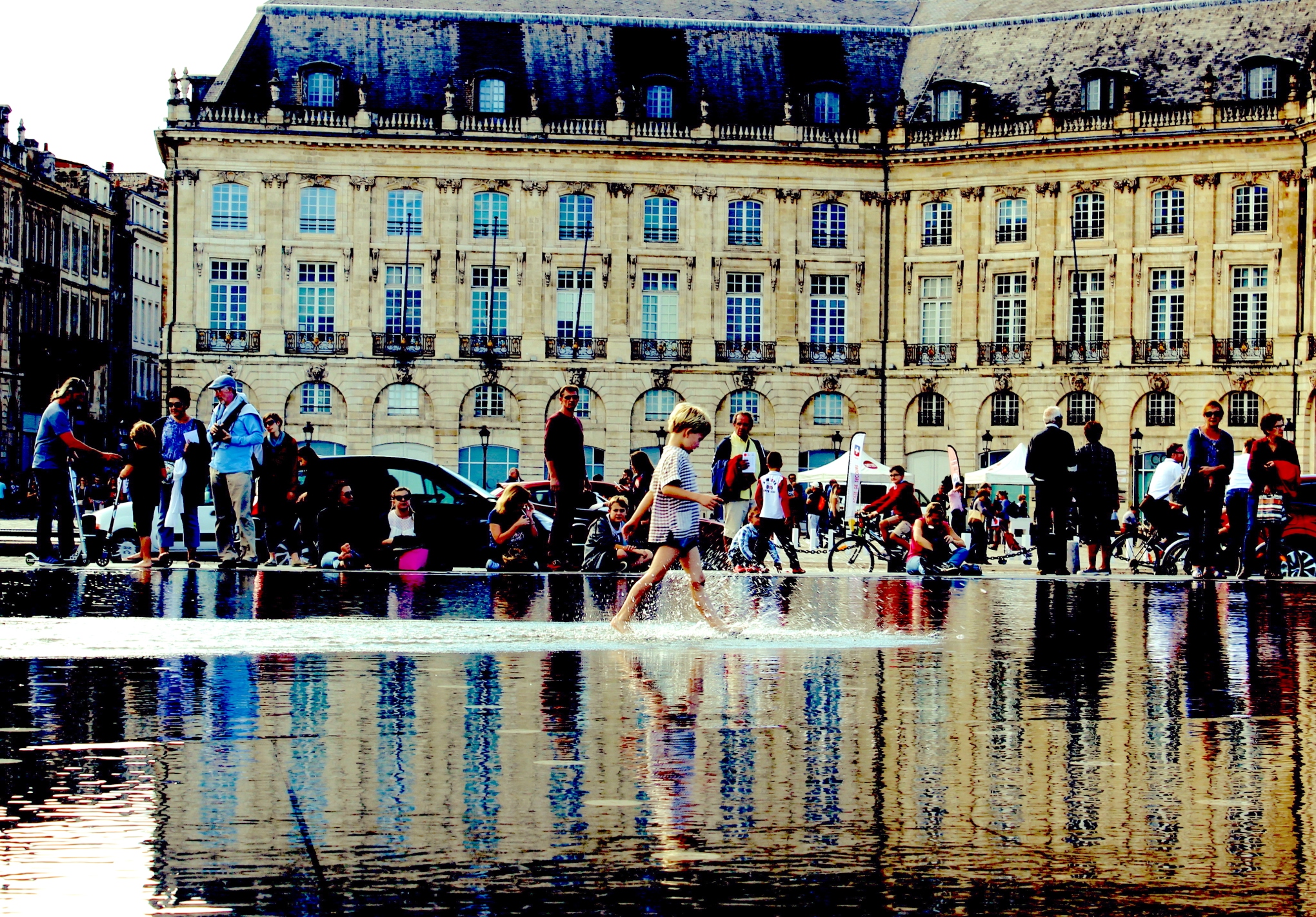 Despite her efforts to keep him close, while she was still walking under the Porte Cailhau heading to the Garonne riverside, the little one was running like the wind.

Millions of sparkles shining for a second, far ahead in the distance, had caught his attention and fired up his childish curiosity.

It was a sunny Sunday morning and the first day out for Louis, after a while.
This treatment had lasted longer than expected. He had, clearly, lost weight and his muscles had weakened. But his young soul was now equipped with wings!

He ran through the crowds of the pedestrians, between couples holding hands, he crashed into a souvenir salesman and a street dancer, the river breeze ruffling his blond hair, until he lost his balance and… SPLASH! He found himself laid down in the water of le miroir d’ eau.

He did not cry. Instead, he stood up with a big smile, and he started playing with the water. He could draw foamy circles using his feet, wet the spectators around him, or make funny expressions with his eyes and tongue, in front of the watter mirror.
This place was familiar to him and would always make him happy.

Every Sunday, every other week, before the start of a new treatment.

Thank you for your visit! :)